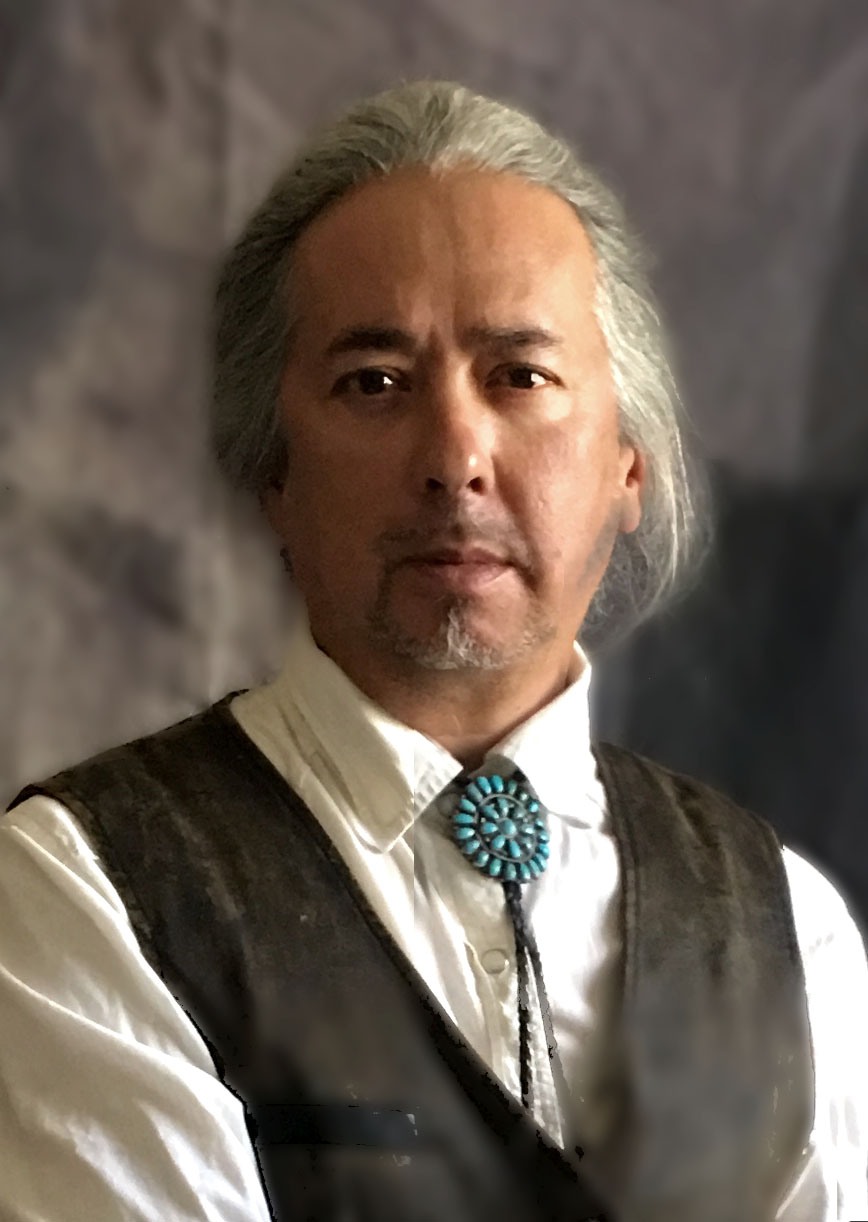 Thierry SARNET is a scientist known for his work on material modifications, in particular using laser processes, with 60+ international publications, and several dozen invited conferences in these fields.

After a PhD in Physics on laser-matter interaction (1995), he worked for National Defense on the defense systems of the nuclear aircraft carrier Charles de Gaulle. Recruited in 1997 by the American space agency NASA1, he moved to the USA (Minnesota) to study the resistance of the materials of the American Space Shuttle and also worked for the graphics industry to develop laser engraving processes for polymers. (Global Graphics2).

He joined the CNRS in Orsay in 2001, assigned to the Institute of Fundamental Electronics (IEF3) to develop laser processes for microelectronics and micro and nanotechnologies. In 2006, he joined the LP34 at Luminy, Marseille and headed the "Laser, Energy and Environment" group. Part of his work on photovoltaics and "Black Silicon" was done in collaboration with Harvard University and the group of Professor Eric MAZUR5. He joined the MAZUR group in 2012-2013 as a visiting professor at Harvard. This collaboration enabled the manufacture of a prototype silicon photovoltaic cell that absorbs and convert solar infrared radiation, a world premiere published in 20216.

Thierry SARNET has also been passionate about the Native Americans since his childhood, and has been participating for the past thirty years as a volunteer in non-profit organizations in numerous events, reconstitutions of camps, replicas of Native American objects, intended for the general public, schools, exhibitions, museums etc…. In this context, he produced a replica headdress (warbonnet) in collaboration with the Peabody Museum, intended for the Education department of the University of HARVARD7.

His meeting with Frédéric SAUMADE8, Professor of Anthropology at Aix-Marseille University, marked a turning point in his career as he decided to orient his research towards an interdisciplinary approach between the physics of materials, anthropology, museography, etc. The birth of this new discipline, since baptized “Ethnomimetics”, was greeted with enthusiasm by its new associated laboratory: IDEMEC9, based at the MMSH in Aix-en-Provence, and supported by the French CNRS and funded by the MITI10.

Thanks to this support, the I-Mat project begins in 2021 and allowed the deployment of the web portal of Ethnomimetics11, as well as the recruitment of a PhD student: Mathieu MOUREY, from EHESS12 and holder of a Master in Anthropology , specializing in Ethnology and Social Anthropology, whose thesis is entitled: “From the Great Plains to European Museums: towards an ethno-historical approach to ethnographic collections (1725 - 2016)”.

Mathieu Mourey was recruited in the framework the i-Mat project (CNRS MITI) for his in-depth knowledge of the ethnic groups of North America. He holds a Bachelor's degree in Anthropology and a Master in Ethnology and Social Anthropology, obtained from the « Ecole des Hautes Études en Sciences Sociales » (EHESS) in Paris. His thesis was entitled: "From the Great Plains to the European Museums: towards an ethno-historical approach to ethnographic collections (1725 - 2016)".

His thesis work is now mainly devoted to Native American Amerindian headdresses, with a thesis project entitled “ Beyond the Stereotype: An Interdisciplinary Approach to the Feathered Headdress in Ancient and Contemporary Native American Cultures of the Central Plains”, under the supervision of Frédéric Saumade and Thierry Sarnet.

The main features of his PhD thesis are summarized below :

The stereotypical view of the indigenous peoples of North America is irremediably linked to the image of the Plains Indian use of feathers conveyed by the arts and literature over the past two centuries, which has launched the feathered headdress into a visual icon of Native Americans in general. Most of the approach related to this type of object in the scientific literature focuses on its central role in the dissemination of archetypal Plains Indian imagery both by Western society and among Indigenous peoples themselves. While other indigenous objects have been widely analyzed (katsinas, wampums, parfleches, pictographs, etc.), no systematic study of these “war bonnets” has been attempted, with the exception of a few sketches in two articles ( Howard: 1954; Killsback: 2013) and a short monograph (Taylor: 1998). The subject has reappeared in recent years when issues of cultural appropriation (Lindner: 2018) have emerged over the use of feathered headdresses by non-natives and the legislation surrounding the possession of eagle feathers.

It seems commonly accepted that these headdresses only spread throughout North America as a result of a continued movement of Pan-Indianism in the late nineteenth century, primarily through the integration of the stereotypical Western view. We state that they found their origins in earlier forms of mimetism where the use of non-human materials for ornaments as a mode of incorporating natural materials for ritual purposes provided ideal ground for their dissemination according to a dynamic yet to be described. Nowadays, the possession of eagle feathers is a central marker of Native American identity, but it is strictly regulated by American laws that reserves them for indigenous people on religious basis. Ironically, as ethnicity itself is governed by administrative rules, access to feathers is de facto restricted and alternative materials (replicas of eagle feathers for example) have appeared at powwows. Fieldwork will be carried out among some indigenous communities in South Dakota and Montana (USA) in order to observe this articulation between global expression of ethnicity and variations in local practices and to explore the continuous transformation of political and religious uses of feathered headdresses.

As part of the I-MAT interdisciplinary program (MITI-CNRS, including a stipend for this thesis project), we will also study as many museum specimens as possible, in Europe and the United States, trying to identify the materials used and to distinguish their construction techniques in order to create a typology of tribal styles. Tribal attribution is a very important aspect in this era of collaborative studies and repatriation of indigenous material from Western museums to indigenous communities. The use of 3D photogrammetry and replicas resulting from this research program, which combines anthropology, museography and physic of materials, will also allow a better dialogue between these museum collections and their native groups of origin. This effort should therefore help museum studies in terms of research of provenance but also of identification of raw materials made possible by the use of physicochemical techniques for characterizing materials. Thus, the deepening of knowledge about material and symbolic aspects should allow a historical anthropology of the dissemination of this object which has become a symbol of indigenous identity and of the diversity of both ancient and contemporary cultural practices linked to it.

Tribal attribution is a very important aspect in this era of collaborative studies and repatriation of indigenous material from Western museums to indigenous communities. 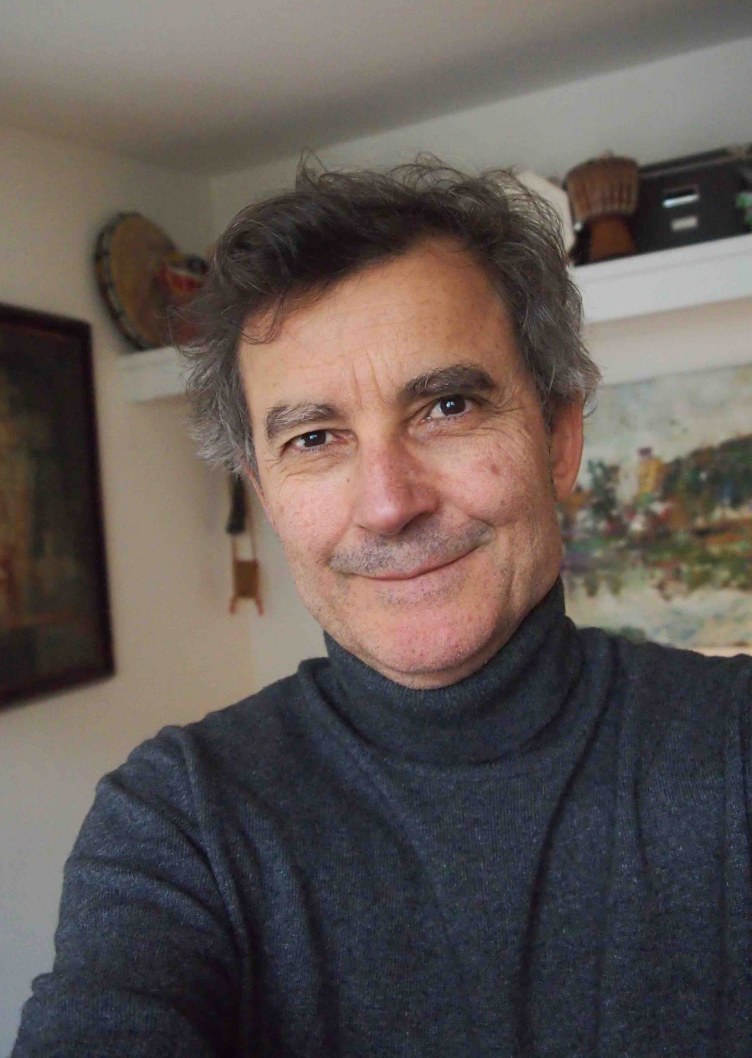 Frédéric Saumade is an Anthropologist, Professor at Aix-Marseille University and member of the Institute of Mediterranean, European and Comparative Ethnology (IDEMEC-CNRS).

After a first part of his career where he mainly worked on the diversity and relativity of bullfighting cultures in the Iberian Peninsula and its surroundings, his favorite cultural areas have since 1999 become Mexico and the United States. There, he observed and analyzed the transformations of European cultures of cattle breeding, arena games and their respective representations in Amerindian circles (field trips in Nahua, Otomi and Huichol groups in Mexico, Yokut and Pueblo in the United States), mixed race, African American and white, and more broadly the complex interrelationships of Latin American and Anglo-American civilizations around the Mexico / United States border.

His recent orientations, articulating cultural technology and the economy of the symbolic, have led him to develop an anthropology of Material and Value which, based on North American fields, associates the heritage logics specific to the field of breeding to those observed in ritual processes and in the performing arts market. The theoretical common thread of this rapprochement is the cattle brand, whose origin is linked to the appropriation of cattle by men from the Neolithic era, to the foundation of the monetary economy, the power of writing and of the sign.

His current investigations in North America focus on this last theoretical problematic, but this time applied to collector's and / or heritage percussion instruments, between the circles of popular music enthusiasts, African-American musicians and their white epigones, and Amerindian groups who are now experiencing a spectacular revival of their traditions of ritual dances accompanied by the drum, considered a sacred object and a living being.

The nature, the craftsmanship and the signature of the objects are examined from a technical anthropology perspective, and from the angle of the relationship between matter, sound and symbolic representation. This research, which is only in its early stages, will be able to develop in new areas (Pueblo in New Mexico, Sioux in South Dakota) thanks to the support of the i-Mat Project (CNRS MITI), an interdisciplinary new project (anthropology / physics of materials), in collaboration with the physicist Thierry Sarnet (CNRS).

At the same time, he developed the part of his scientific production devoted to epistemology and the history of anthropology, with a series of articles taking part in the contemporary debate on ontologies and perspectivism, and a book (Editions du CNRS, published in 2022), produced with the collaboration of Patrick Pérez (School of Architecture, Toulouse) who presents, comments and analyzes the importance of the work of a pioneer of participating field ethnography, Frank Hamilton Cushing , whose selected pieces have been translated into French for the first time, which should make it possible to repair the oblivion with which this author was struck in France.